NAMPA, ID — Doubling its business in just under 36 months has meant a lot of hard work for the team at Dealers Auto Auction of Idaho, but facility improvements and new consignors have put the auction on pace for a record-breaking 2018. 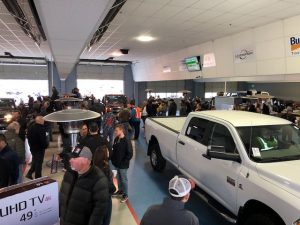 Earlier this year in January the four-lane auction doubled its capacity by adding two double blocks. This allows all four lanes to run four streams of vehicles simultaneously. The move, said Britney Egbert, DAA Idaho business development manager, has resulted in more dealers in the lanes, and a more efficient sale that ends about 90 minutes sooner.

General Manager Russ Smith built the Nampa sale along with two partners in 2001. Today, the sale located just west of Boise, runs about 450 units each Wednesday, and attracts 200 dealers, plus more who attend online.

“Because of the improved efficiency of moving the vehicles through the lanes, almost all the dealers now stay for the full sale,” Egbert said. “The auction starts at 9:15 a.m. and now ends at noon. That means they can be back in their offices for the afternoon. They can also stand in one spot and bid on any of four vehicles at once.”

While improving efficiency and growing consignment and sales, expansion and facilities improvements have also taken place. After a delayed start due to an unusually heavy snowfall in early 2017, the auction added a new mechanic shop and expanded its detail center. 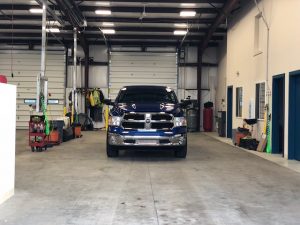 “We never get a lot of snow, but got hit with 3 to 4 feet and that delayed the construction,” Egbert said. “We’re up and running now and it’s been fantastic. We were able to hire more mechanics and are doing more pre- and post-sale inspections. We’re also doing light mechanical work like brakes, starters, alternators, tires, and oil changes. Our clients love the additional service, and that business has helped the bottom line here as well.”

Coming up this summer, DAA Idaho will host its Annual Classic Car Auction with nearly 100 vehicles. Last year’s sale garnered national attention, when the auction ran more than 65 classic vehicles from an Idaho farmer’s collection, and over 100 total vehicles with a 96 percent sales rate. The sale drew the attention of the national TV program Strange Inheritance, which featured the auction prominently in its coverage of the story. SEE ARTICLE HERE